Showing posts from May, 2013
Show all

Music is the motive by Cassidy Kelley      Lights, camera, sing! The MHS Musical Theatre class will be performing the classic comedy ‘Anything Goes’. For hilarity, romance, action, a good laugh and some incredible music, this will be one production that shouldn’t be missed.    Set in the 1920s on a boat called the S.S. America, “Anything Goes” is a comedic love story between the rich, and engaged, Hope Harcourt (Soph. Abby Crump) and her ever persistent admirer Billy Crocker (Sr. David Trusty) as they travel from New York to London. This musical has been described as being similar to Titanic, but funnier and without a tragic boat scene.    Mr. Jason Damron has been the Musical Theatre teacher for the three years that it has been offered as a class. Previous productions he helped produce were ‘The Sound of Music’ and ‘Seussical the Musical’.    “All musicals are different,” Damron said. “‘Anything Goes’ is different because it has a combination of acting and si
Read more

- May 08, 2013
by Abby Ellinghausen    Do you ever get bored during the summer and have no idea what to do? Well, we’ve got you covered with a few ideas.    If you are looking for something to do one day just here in Mooresville, you could go to the pool at Pioneer Park or just to have a picnic.      “I really like going to Gray’s for lunch and taking it to the park to eat,” senior Taylor Fiesel said.   There is also a new Soaring Eagle Zipline being put in at the park, which is only $7 a ride. For more information on the zipline and other park activities go to http://mooresville.org/ParksRecreation.aspx .   The Mooresville Library will kick off its annual summer reading program on May 31 st . This year’s theme is Beneath the Surface. The program will be focused on mysteries, the mind, and masquerade. There will be events such as Rorschach Henna, Sherlock Holmes Scavenger Hunt, Cosplay, Life Size Clue, and much more. There will be tons of prizes for teens participating in the reading progr
Read more 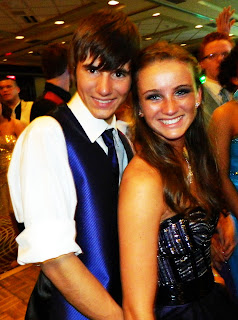 Special Thanks to Mrs. Kelly Patel for providing these photos to The Pulse staff.
Read more 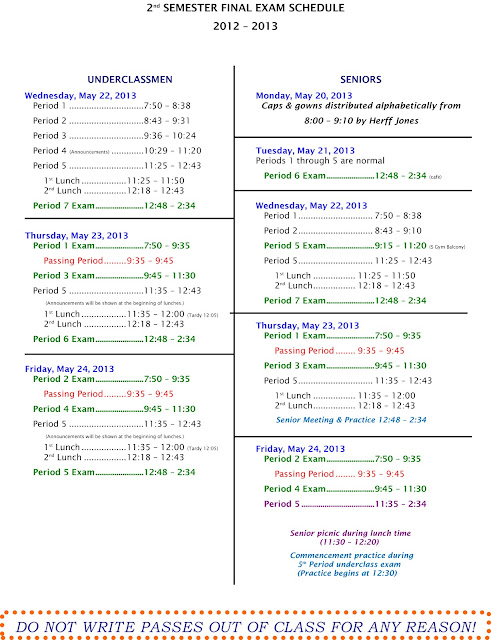 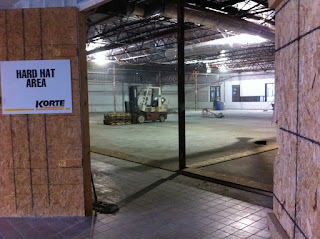 - May 06, 2013
Ever since the state mandated that teachers would be evaluated based on test scores (thus eliminating final exam exemptions), students of MHS talked about how the attendance rate would drop dramatically; however, the truth of this situation may be a surprise.    Last year, while MHS still had exemptions, the average attendance rate was 97.1 percent. This year, after a rough estimate, the attendance rate is 96.52 percent, which is less than 1 percent lower than last year’s. The drop was not so dramatic after all.    “I’ve been doing this for over 10 years,” attendance secretary Mrs. Becky Bischoff said, “and the attendance rate hardly ever changes more than one percent whenever exam exemptions are affected. Even when exam exemptions were first created there was hardly any difference.”    What does this mean? Students are still coming to school without the reward at the end of the year. Whether it’s because they don’t want to fall behind in schoolwork or they can’t afford to
Read more
More posts