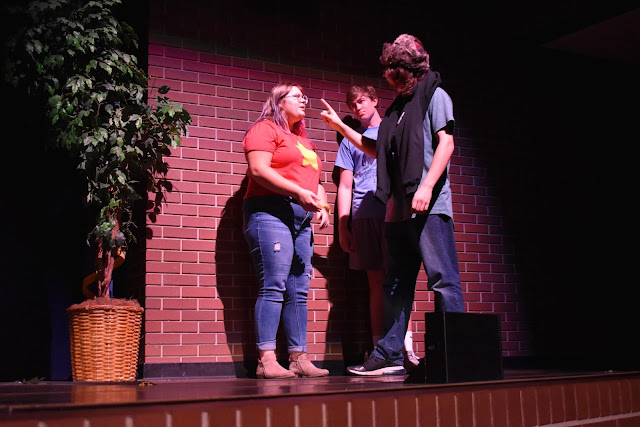 On December 11th at 6:00 p.m. there is going to be a Winter play in the Mooresville High School auditorium. You can find the tickets at the booth beginning at 5:00 p.m. , on December 11th, with ticket costs being $3.00 per person for students/adults and children five and under are free.
The plays were made by the Adv. theatre arts students last year and were given about six weeks to create it. Mrs.Kassen reads through around 60 plays each year and this year she chose a story that was well written and was a sequel to the one they did last year.
“The characters are fun and the playwrights have funny, cute one liners that keep us entertained,” Mrs.Kassen said.
Each period the Theater arts student rehearse their own version of the play for 8 weeks during class while learning and growing so much from acting to behind the scenes with lighting, sound, directory, and ect.