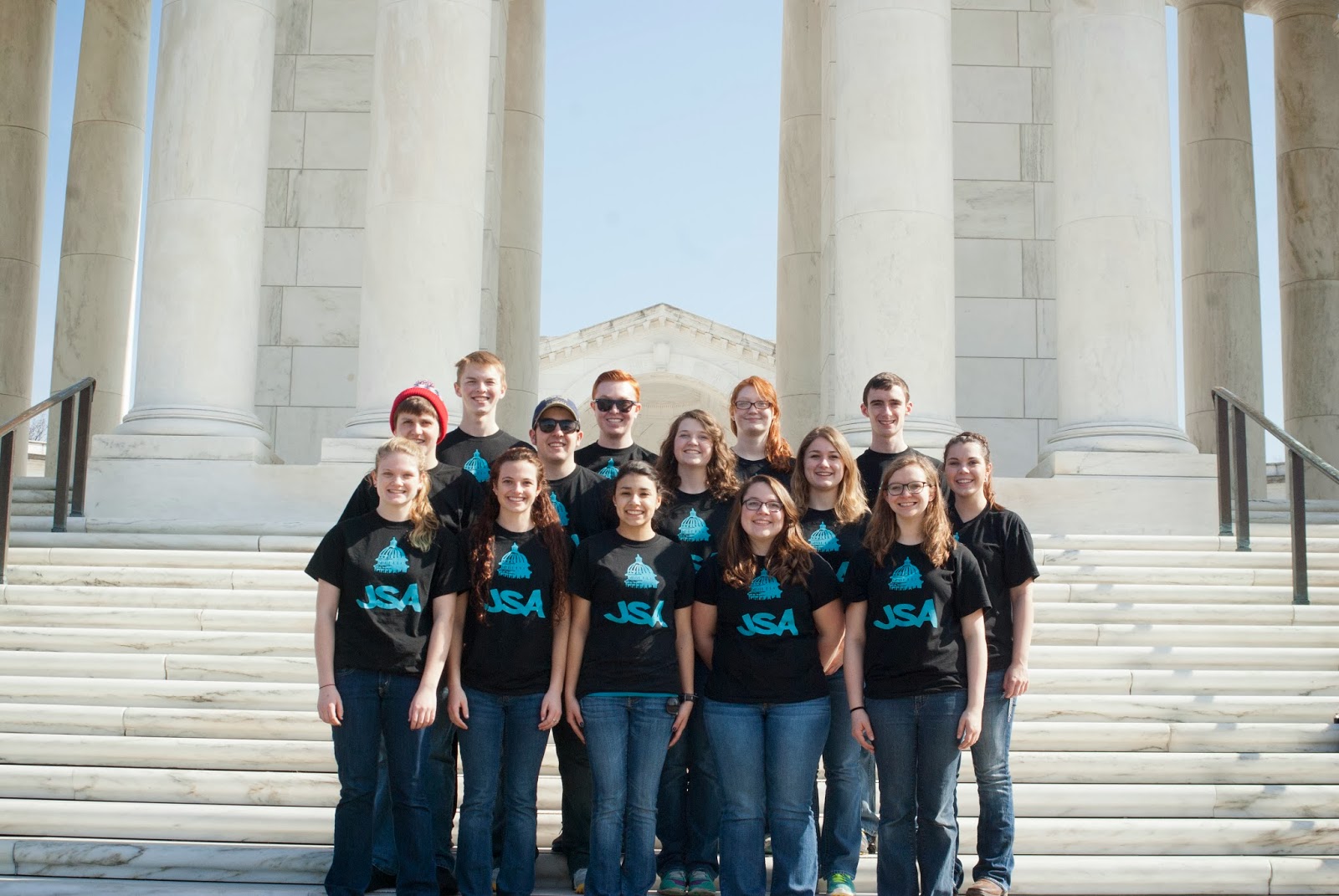 Thursday, February 20, for most MHS students was a normal school day, but for a select group of students it was the start of an unforgettable experience.
Fourteen members of Junior State of America attended the Texas and Mid-Atlantic Winter Congress in Washington D.C. 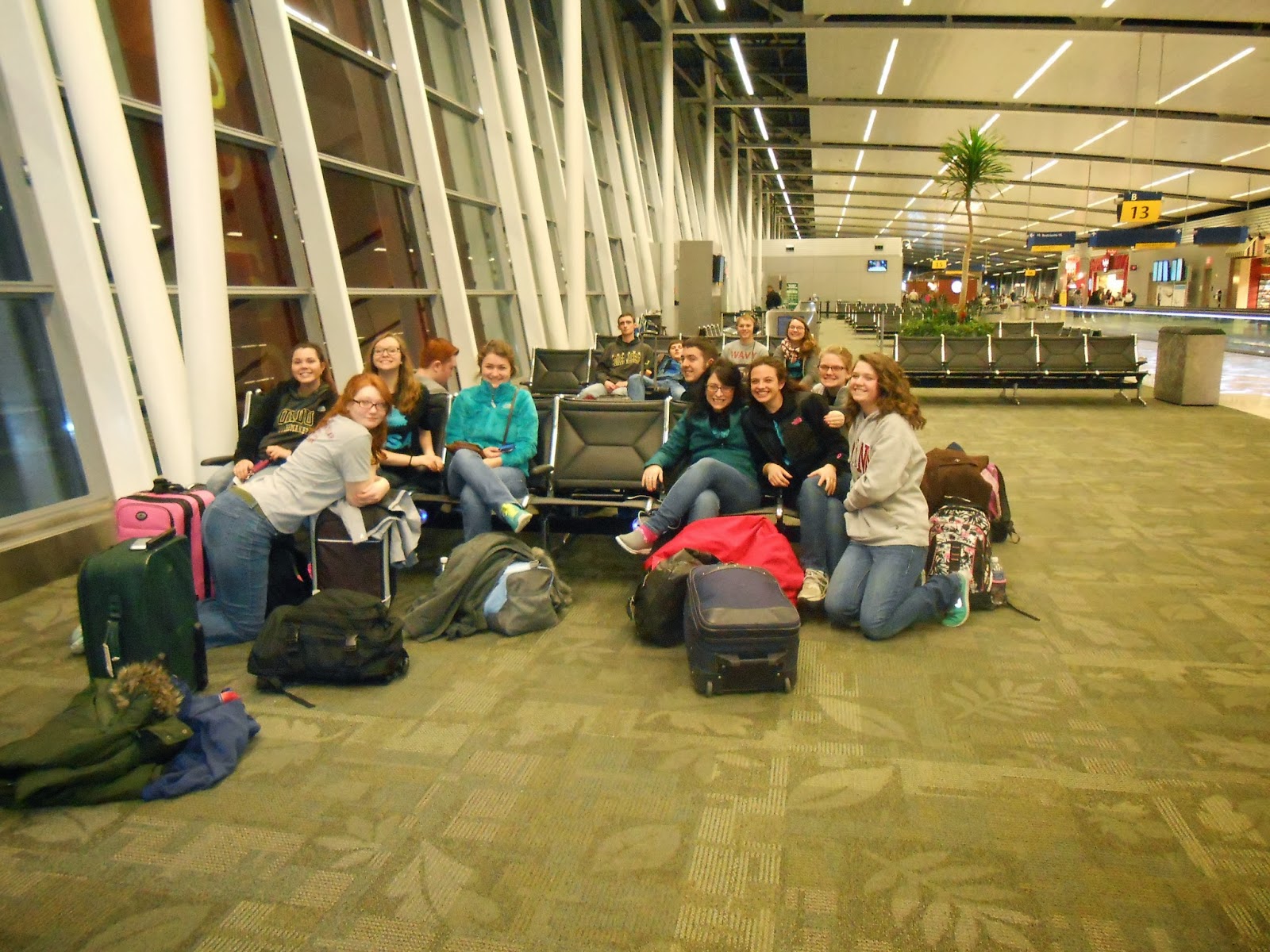 Their day had an early start with the departure from the high school at 4:15 a.m. and arrival to the airport around 4:30-4:45 a.m. Once the group made it through security they sat in a large group playing Cards Against Humanity waiting to board their 6:40 a.m. flight.

“The flight this year was better [than the 14 hour bus ride last year] because we weren’t as exhausted as the previous year. We were more prepared for the Gilly Death March. It was also nice to know exactly what time we would arrive and could plan accordingly, plus flying is fun,” junior Blake Ross said.
Once in D.C. it was go, go, go. They took the metro to the hotel they’d be staying at dropped of their luggage and suitcases. The members then travelled to Pentagon City Mall to eat in the food court and from there the Gilly Death March began.
The group set a record in mileage in one day for Ms. Gilly, walking around 22 miles in 12 consecutive hours. They started at Arlington Cemetery and working their way through DC seeing as many sights that could be seen. 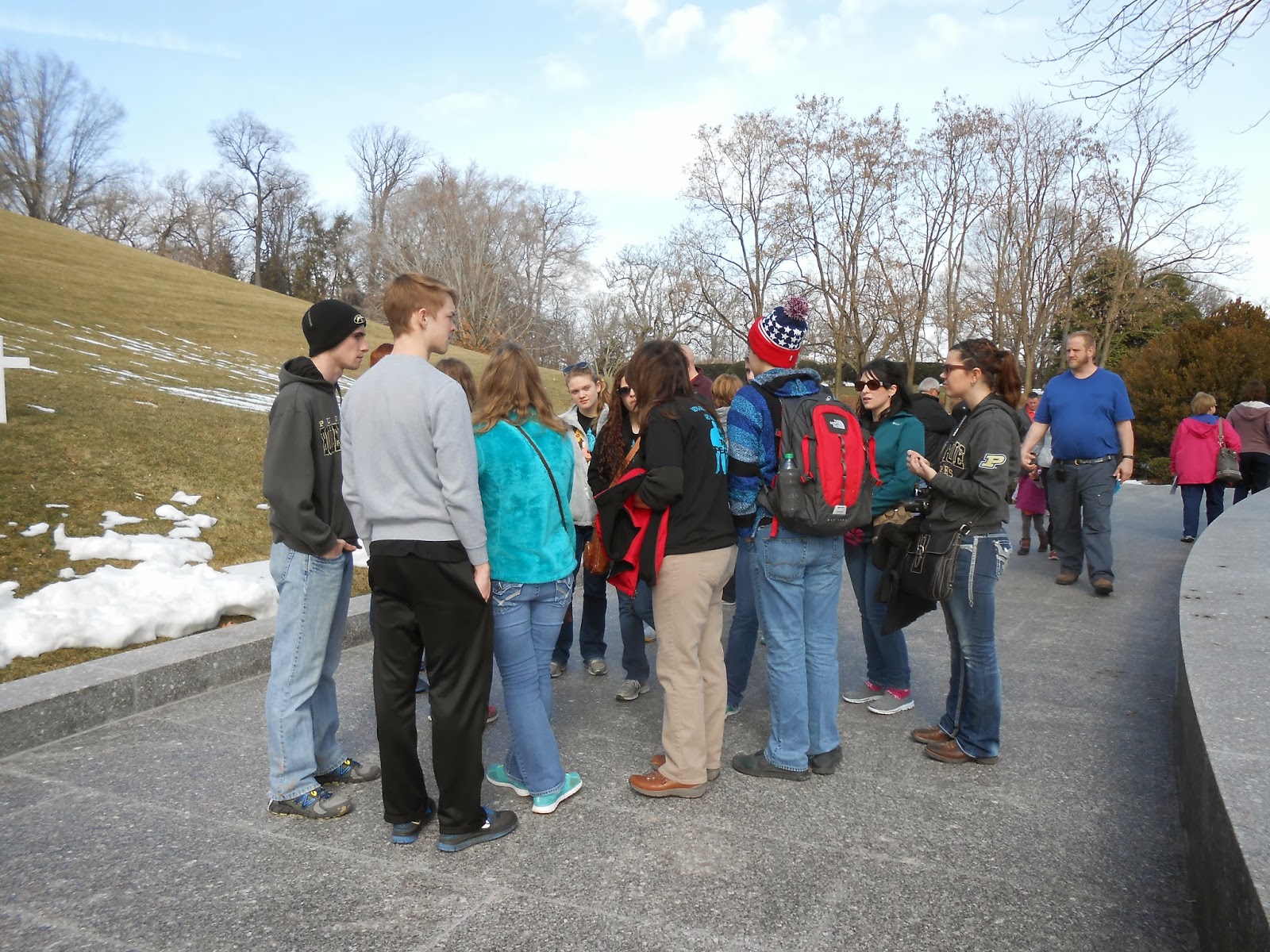 On the first day the students walked through Arlington Cemetery seeing the eternal flame, The Arlington House, the tomb of the Unknown Soldier, and the changing of the guard.  From Arlington they made their way across the bridge to the WWII memorial, Martin Luther King Jr. Memorial, Franklin Delano Roosevelt Memorial and the Jefferson Memorial.

"My favorite monument was the FDR Monument because it was really big and it told the story of his presidency," senior Molly Tieman said. 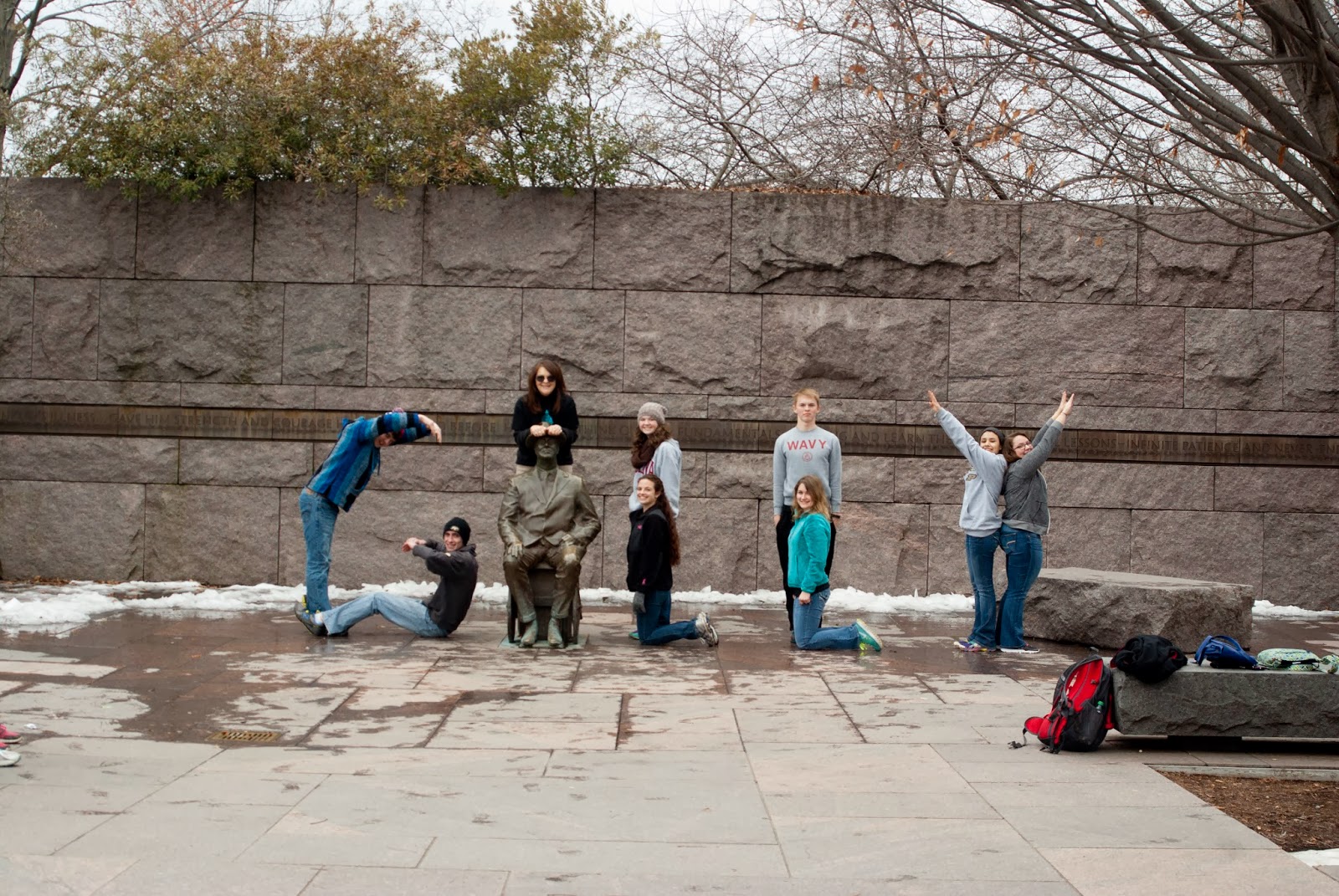 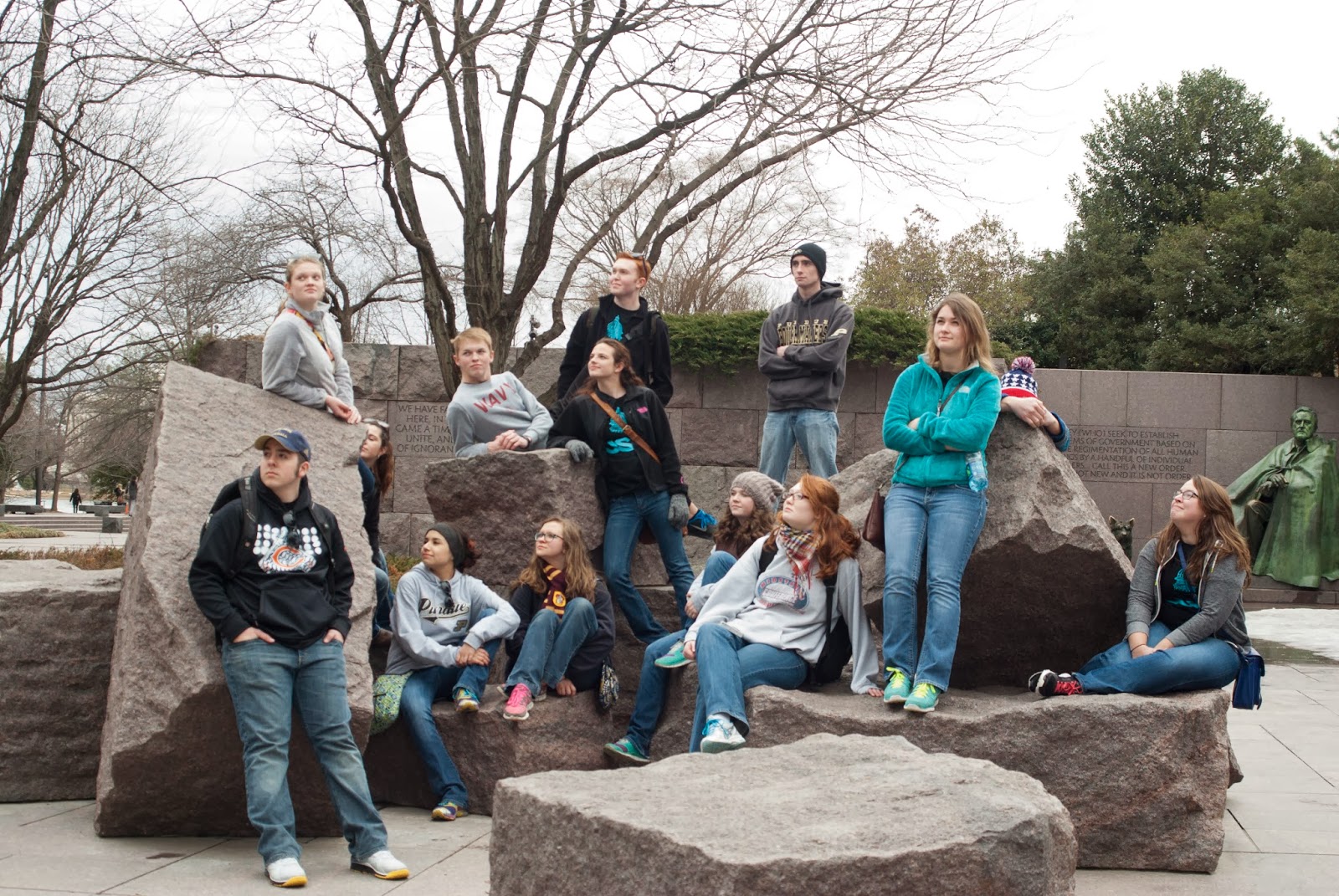 From there they went for lunch at the Ronald Reagan Mall and made their way back to the hotel to prepare for the night tour.
“[It was] astounding to get to look at American history in person and see the iconic images we only see in pictures usually. The best part [of the trip] was the Gilly tour,” senior Cody Rusher
On the night tour they saw Iwo Jima, the Vietnam War Memorial, and the historic Lincoln Memorial.
“[My favorite memory from the trip] was the night tour. It was really neat to see everything without the crowds and all the lights at night,” junior Danielle Quinlin said.
The second day was another tour day for the morning and afternoon half, although they didn’t walk as many miles, the sights seen that day made up for it. The students traveled with Ms. Joyce Gilly and Miss Karen Cochran to inner DC to see some of the buildings.
The second day of touring allowed the students to enter the Supreme Courthouse, the National Archives where one of the copies of the Declaration of Independence is held, and the Library of Congress. They also took a tour of the U.S. Capitol Building and then made their way to the Smithsonian’s. Some students went to the Holocaust Museum while others went to the Air and Space Museum or the National Museum of American History.
After a day of touring the students headed back to the hotel to prepare to attend the JSA Winter Congress opening ceremonies. The student-run ceremony had several speakers informing the students of the activities and scheduled events for the weekend, then the key note speaker for the evening went and spoke.
Once opening ceremonies were over the students went upstairs and relaxed as a group. Some sat in the hallway as a group and enjoyed conversation while others went to the red, white and blue themed dance was held.
"The dance was full of people in American gear, it was very patriotic,” senior Jesse Cordray said.
The next morning started the committee hearings. The students were divided into either the House or the Senate to debate on bills written by the students. There were over 111 bills total that were discussed that weekend. With topics ranging from labelling genetically modified foods to censoring male nipples on television.
"My favorite bill we discussed was censoring of male nipples. I am glad it failed because I never wear a shirt," Cordray said.
The students followed the traditional debate procedure and parliamentary motions during the two-day committee hearings. There were pro and con speeches that lasted six minutes and then subsequent speeches lasted three minutes, closing speeches were three minutes as well.
“I really enjoyed the debates, and hearing what peoples’ opinions on everything were. but my favorite bill was the one on lifting the ban on gay men giving blood. I thought it what the pro debaters had said was interesting and [I] fully agree with the bill to lift the ban,” freshman Renee Majeski said.
For some students this was their first Winter Congress experience, and others it was their last.
"My first Winter Congress, [as well as] my last, was an amazing experience. The people in my Senate literally knew every bill that came up; I learned so much. It's really a must for anyone interested in JSA. Altogether it was an eye-opening experience," senior Morgan Sussman said.
After the committee meetings were over the group skipped the closing ceremonies to go to the mall for a couple hours to relax before the flight home.
“[My last Winter Congress] was bittersweet. I love going to DC and touring then participating in the conference but I will miss the experience greatly. This trip was so much fun and our chapter became closer that’s the best part of the whole trip,” senior Michelle Majeski said. 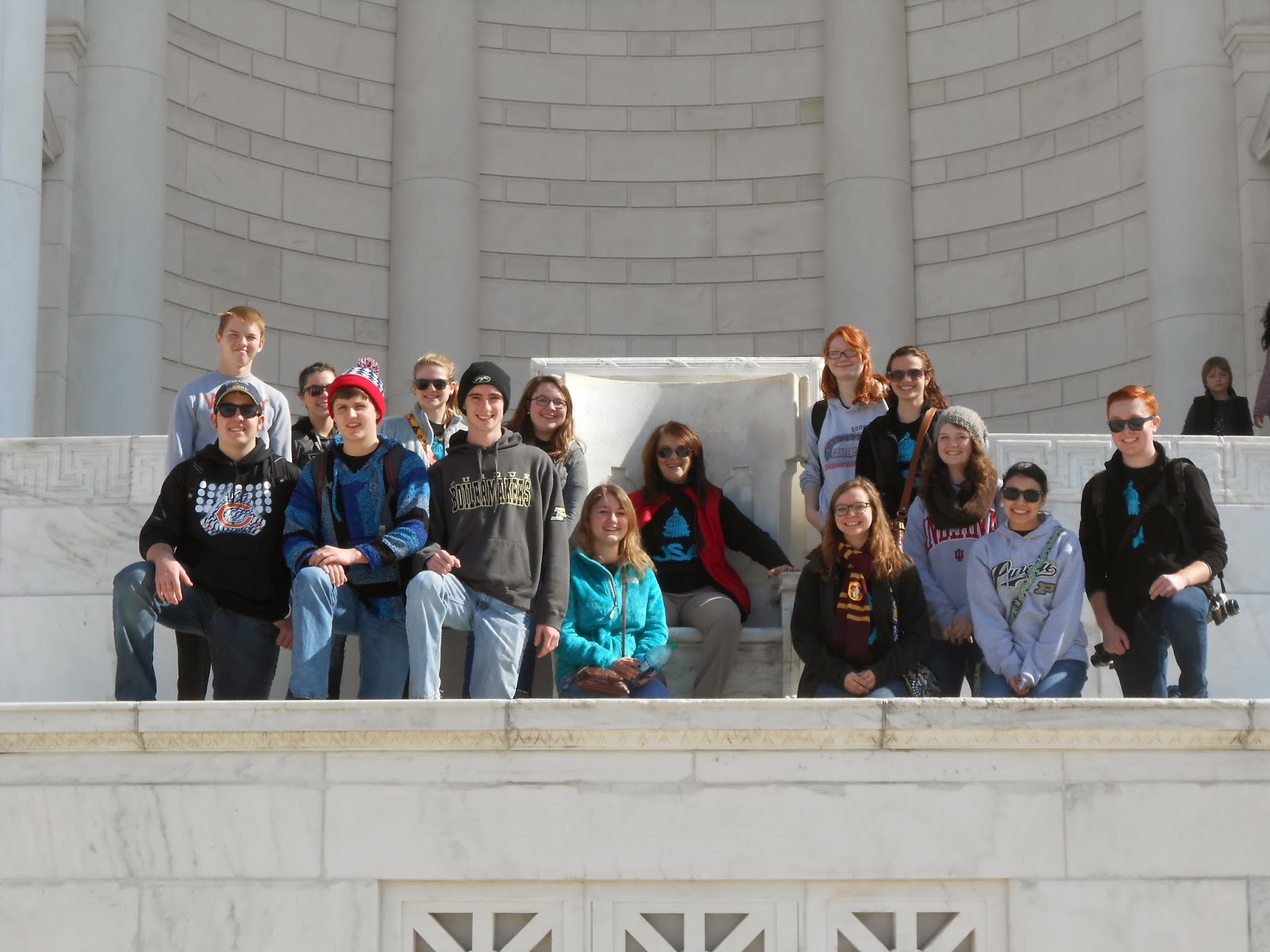 This experience brought the group closer together and friendships were made.
“I made so many new, close relationships with the group that went, it was a fantastic last DC trip,” senior Jackie Farrand said.
Whether it was the first or last, his trip became a life changing experience for many.


“[The trip was] a fantastic experience all around. This group of students were amazing, They watched out for each other, they were always on time, and they were a positive representation of our school and community.  Also, not spending 26 hours on a bus was WONDERFUL!!!” Gilly said. 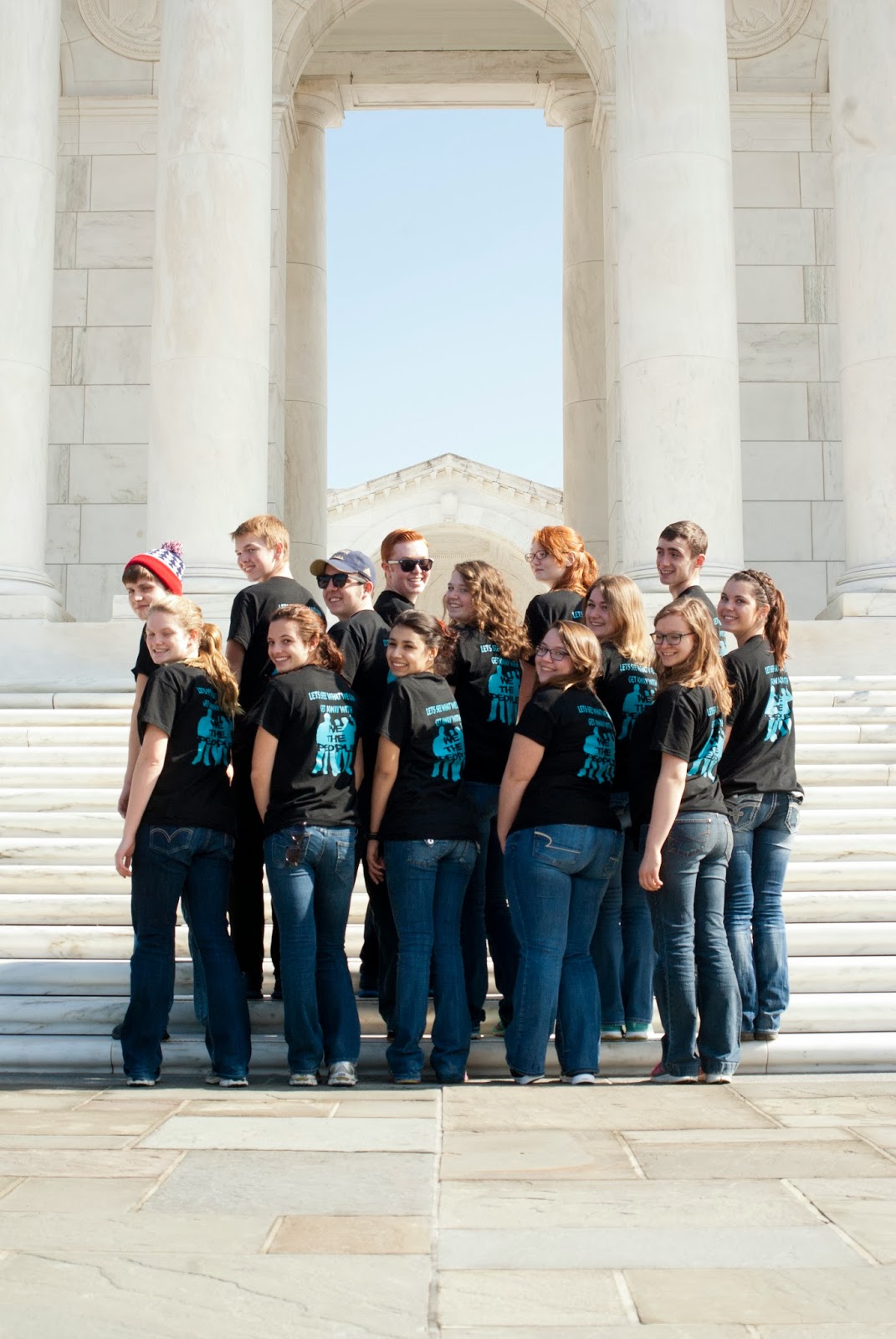