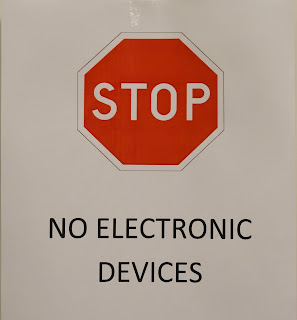 With school coming to a close, many students are on edge. Seniors are graduating, juniors are preparing for their futures, sophomores have many tests, and freshman are struggling with the intense change from middle school testing to high school testing.

Students all over the school are getting so stressed that most of do not know what to do. Many people may think that it is just seniors that are stressing because they are graduating, well seniors are not the only ones that are stressing.
Freshman may by the “new kids on the block”, but if anything they are even more stressed. They have never gone through the amount of testing that people have to go through as a high school student.
They are also stressed because the testing schedule is completely different than it was at the middle school. They are not used to testing the whole last week of school. In the past, they took all of their tests before the last week of school.
“In middle school, the last few days weren’t spent doing anything productive. As a freshman, there is testing up until the last day of school,” freshman Evan Brill said.
In addition to the freshman, sophomores have been testing since they got back from spring break.
“I honestly don’t like all of these tests, because I spend all of my time studying rather than doing what I want to be doing,” sophomore Bradley Axom said.
Second semester has been filled with tests including ECAs and ISTEP. On top of that, there are AP and PLTW tests. Then, there are finals and school is over.
Some sophomores believe that they should space out the testing rather than make it all during the last few weeks of school. Putting them so close together makes them even more stressed.
“I feel like they should spread the tests out more over the span of the school year,” sophomore Alyssa Harpold said.
In addition to all of this testing, the juniors and seniors have a lot on their plates right now. The juniors not only have to take finals, but they are preparing for their senior activities and classes.
People may think that the seniors are all excited to graduate, which they are, but if anything, they are more nervous now than ever. Senior Cameron Dougherty commented on the fact that even seniors get stressed.
“I feel worried, because with all of the testing lately, it seems like kids only have time to study and write essays,” Dougherty said.
In addition to all of the stress cause of tests, they made us turn in laptops before finals. Students have their notes, projects, and books. That means that they do not have a way to study or do homework.
“Lately with all the stress, I have been feeling upset. This is mostly because we are losing our laptops before finals,” freshman Hannah Vaughters said.
With schedules for next year getting finalized, do not get too caught up in trying to take the hardest classes. Challenges are okay, but do not take classes just to take them. It is okay to take the easier classes sometimes just to get a break. Senior Sophia Shock shared a tip on how to not overload on the really hard classes.
“Each and every person knows their limits. My advice would be to only do as much as you can without overloading your schedule. But most importantly, remember this is high school, and you need to have fun as well, because once it’s over, you will never have anything like this again,” Shock said.
Remember, high school will never happen again. Enjoy it while it lasts. Challenge yourself, but take it easy.
“My advice would be to remember to laugh and not be so serious,” junior Danielle Neace said.