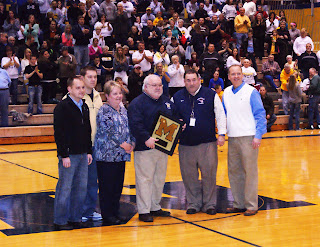 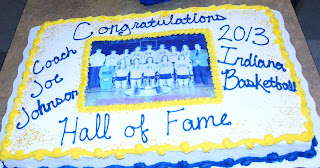 by Abby Ellinghausen
When Coach Joe Johnson started at MHS in the fall of 1975 he had never coached before. He was influenced by his middle school basketball coach and knew by the age of 14 that coaching is what he wanted to do.
He was the girls’ basketball Varsity coach for 21 years and has spent the last nine years as assistant coach to now Varsity coach Mark Hurt. Over these 30 years of coaching he has a record of 288 wins and 145 losses, but has sat on the bench of the Varsity, JV, and freshmen benches for over 1400 games.
“At first the best part of coaching was watching young girls develop into not only athletes, but great young ladies. Now I enjoy knowing that I played a small part in the lives of young women who are now in their 30s, 40s, and 50s,” Johnson said.
Several of his players have become coaches at many levels of coaching from Jr. League, summer leagues, middle school, high school, and even college basketball. There are currently three of his former players on staff this season.
This year, Coach Johnson will be honored in the Indiana Basketball Hall of Fame for his coaching career.
“This recognition is not my own. It belongs to many others such as assistant coaches, athletic directors, principals, parents, my family, and mostly players. It is a great honor and I am very humbled by it. Words cannot express how I feel. I guess I am just grateful to have had the opportunities given to me,” Johnson said.