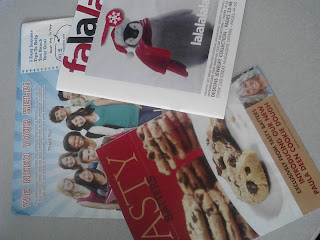 by Morgan Sussman
With only two days left to buy from the junior class fundraiser, students need to buy now to support this year’s prom and make it the best yet.
From August 22 to September 7, the junior class will be selling cookie dough and holiday gifts around the school. Also featured in the campaign is the opportunity to renew magazine subscriptions through the fundraiser, keeping the money within the Mooresville community.
“It’s more organized than in past years,” junior class sponsor Mr. Brent Olivier said. “It’s just a main packet and smaller second packet, instead of four different brochures.”
Profits go toward Prom costs, and by purchasing from the fundraiser buyers not only help MHS, but the juniors selling the products as well. Several prizes like free prom tickets and cash rewards go to juniors who reach certain amounts of sales.
“I think it’s a good idea for people who can’t afford Prom,” junior Molly Tieman said.
However, some students have a different opinion about the fundraiser’s mission.
“I don’t like the fundraiser, because it puts in a middleman that makes a profit off of us selling their products,” junior Ryan Crafts said. “I think everyone should just pay the full price of a Prom ticket.”
Patrons who want to order from this fundraiser but live too far away, such as family members or friends, can order online to www.gafundraising.com to purchase from the holiday gift catalog. By using a personal registration number, buyers can order through a junior and the student will get credit for the sale.
All items arrive at MHS on November 1, and will be distributed after school in the cafeteria at 2:30-3:45 p.m. juniors are in charge of distributing all purchases to their buyers.
Make Prom a huge success by cashing into the main fundraising event of the year.